Enercon was highlighted in the November 14, 2016 edition of MaineBiz magazine.  The article reads as follows:

You won’t see its name on any of the medical devices it makes, nor on its specialty LED lighting, unmanned military vehicle controls or solar-use measurement systems, but Gray-based product design, development and device manufacturer Enercon Technologies is quietly making its mark on many high-tech products sold in Maine and throughout the world.

Business is so good, in fact, that the company got approval in August from the town to expand its current 35,000-square-foot headquarters and manufacturing facility with another building that will be 69,000-plus square feet. The company also has 15,000 square feet of manufacturing in Auburn that it may integrate in Gray once the new facility is completed.

Enercon is privately held and would not disclose sales except to say it has been growing at double digits annually since 2009 and has been profitable since it was founded in 1980. About one-quarter of sales are to Maine companies, with the rest mostly to other domestic companies and some overseas.

While most of the company’s customers are confidential, MaineGeneral Medical Center in Augusta in early October became the first hospital in the state to install and use Marlborough, Mass.-based Boston Scientific’s next-generation SpyGlass DS Direct Visualization endoscope, much of whose electronics are made by Enercon. The company also recently started making the Livi, an automated medication dispenser connected to the internet of things for PharmRight Corp., a telehealth technology company based in Charleston, S.C.

And it makes a product for VueTek Scientific LLC, also in Gray, called the Veinsite, a headset that uses near infrared technology to visualize and highlight blood vessels on a computer screen so practitioners inserting intravenous needles or drawing blood can do so more accurately, sticking the patient fewer times accidently. It is especially useful for children, the elderly and people with darker skin, according to Enercon.

It was a former Boston Scientific worker, now at VueTek, who connected the $8 billion-a-year Massachusetts medical device maker with Enercon.

“The key differentiator for our company is product development and engineering from concept through manufacturing,” says Ryan Marcotte, general manager of Enercon. “As an original design manufacturer, we perform integrated product design, development and device manufacturing.” That means manufacturing engineers talk with designers from the get-go, so designs move smoothly into manufacturing processes, he adds. Enercon’s products carry the brand label of its customers.

“They helped in the move from the engineering of our Livi product to their manufacturing system,” says Bill Park, president and CEO of PharmRight. While PharmRight designed its Livi automated pill dispenser, Enercon is making it. The two companies had weekly meetings to coordinate the handoff from design to manufacturing. Park adds that the Portland International Jetport eased the collaboration logistics.

“I’m very happy with what is coming off the manufacturing line,” Park says. The product currently is sold business-to-business, so orders are shipped from Enercon’s factory floor to caregivers, pharmacies, assisted living facilities and other health care businesses.

Park got the idea for the product because he’d heard about patients not taking their medicines, including his father-in-law, who has congestive heart failure. A daily pill organizer wasn’t doing the trick, so Park’s three-year-old company figured out a way to dispense the pills automatically and via mobile communications. It lets caregivers not in the room know whether the patient is getting their pills from the dispenser. From the outside the Livi looks like a Keurig coffee machine, but inside it has many different pill compartments programmed to dispense the correct pill at the optimal time.

“Medicine non-compliance is one of the [top] reasons patients are readmitted to hospitals or put into assisted-living facilities that can cost up to $5,000 a month,” he says.

Park had searched for manufacturers closer to home, but was introduced to Enercon by a U.S. Food and Drug Administration consultant who had just visited the company and recommended it.

“Enercon is an FDA-certified manufacturer. It has all the audit controls in place. Plus they are a middle-tier manufacturer and aren’t humongous, so they can produce the product at the volumes we need at a good cost and without a lot of overhead,” Park says.

PharmRight pays Enercon for the cost of goods to make the device and ship it. It sells Livi as a $100 a month subscription product for two years, which includes the device, its AT&T data plan and PharmRight’s service and maintenance.

In the future, Park hopes to link more devices into the cellular network.

“Livi is basically a cell-phone [product],” Park says. “Part of our plan is to grow into telehealth.” That will include more point-of-care products that can give more immediate results back to clinicians and other caregivers. It’s a trend Enercon’s Marcotte also says he’s seeing among other medical device makers.

While Boston Scientific has sold an earlier version of the SpyGlass endoscope, the company says the new digital model gives doctors a bigger swath of tissues to look at more clearly. Typically, such a field of view had to be accomplished via surgery in the past, Marcotte says.

Flying under the radar

Enercon isn’t the only high-tech Maine company that isn’t a household name yet has a big reach outside the state. Kepware Technologies, a maker of software that lets disparate machines talk to each other, was one of Portland’s best-kept secrets until it was bought for $100 million by PTC Inc. of Needham, Mass., last December. And Fiber Materials Inc. of Biddeford, a maker of very high-end composite materials, has been around since 1969 quietly selling its materials, including for NASA’s Orion spacecraft, which later this decade aims to take humans into deep space, including to Mars, and return them safely.

But to companies like PharmRight, it didn’t necessarily matter whether the manufacturer was in Maine or Alaska. The quality of the work and ability to meet the manufacturing requirements were the key determinants.

“We offer integration of product development and manufacturing under one roof,” says Larry Bell, vice president of sales and marketing at Enercon, adding that most other outside contractors do one or the other function. “This leads to better designs. We bring in manufacturing engineers early in the design process. That’s a key differentiator and why customers come back.”

Such collaboration can bring the company and its customers closer. Boston Scientific executives recently came to Enercon and paid for a cookout for the whole company, Bell says.

With its planned expansion, Enercon likely will be more visible than in the past. It expects to hire an unspecified number of employees to add to its current ranks of 140 in Gray and Auburn.

Marcotte says Enercon finds its skilled workers in areas surrounding Gray plus from out-of-state. It currently has 25 electrical, mechanical, software, manufacturing and test engineers. And it has started an intern program with University of Maine System students.

“The challenge is to hire them,” Marcotte says. “We get new energy in the building with the interns, and we are not far from the Boston area, especially for someone with Maine roots.”

And the new facility, like the current one, is expected to have high-tech elements in it, including being LEED-certified. Marcotte would not comment on investment in either site, but says the current Gray factory has millions of dollars pumped into its cutting-edge systems.

“From what I understand and have seen in the plans, this facility will have state-of-the-art technology and systems and will have the first overhead walkway (skywalk) in Gray,” says Kathy Tombarelli, Gray’s town planner. “And the new building is being built so it can be expanded again in the future.”

She says the town’s planning board approved the expansion on Aug. 11 of this year for 69,000-plus square feet toward the back of the current campus. The engineering and office staff will likely stay in the current building, while the new building will house manufacturing.

“The applicants have done many projects in Gray in the past, and from my point of view have added value both financially and aesthetically to properties that they have rehabbed,” she says. “Their projects that involved new construction, like this current expansion, are typically beyond what is required utilizing quality construction and materials. Their business ventures also bring quality jobs to the region.”

Marcotte says some two-thirds of Enercon’s sales come from the half-dozen or so medical devices it makes for other companies.

However, it is in a broad array of industries. The company also makes transport controls primarily for the automotive industry. And it makes unmanned vehicle systems for the defense industry, Marcotte says.

Other areas include the internet of things, such as systems connected via wireless Bluetooth or Ethernet, along with industrial electronics that include a product hub for solar residential power that sends information to the cloud about the amount of power used to see the performance of systems.

The company also makes specialized LED lighting for stage work, department stores and museum displays with precise lighting situations. It is possible, Marcotte says, to communicate wirelessly with the lighting so it can change colors.

The link to the article is here: 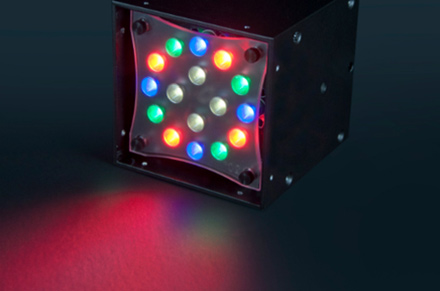 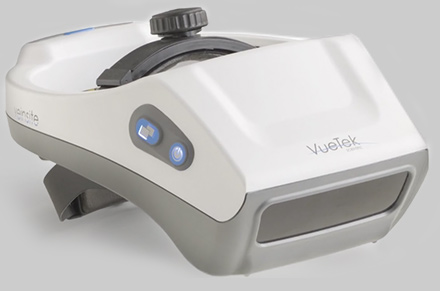 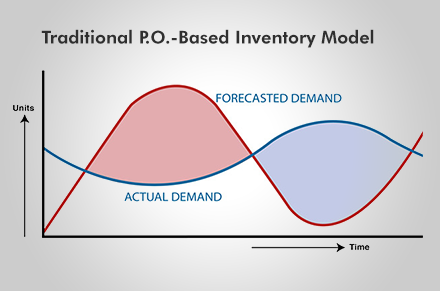 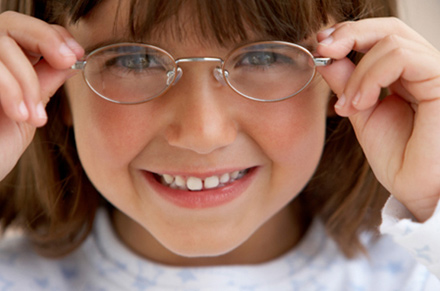